All too often, Denmark has been conspicuous by its absence from international urban historical literature. The most important reason for this was the lack of literature on Danish urban development published in an international language. The principal aim of this book, therefore, is to rectify this situation by presenting - in English - recent significant research on Denmark's urban development.

This anthology, no. 4 in the Urban Studies series, examines the development of the urban system and urban life in Denmark during the age of Absolutism, 1660-1848. It features 13 articles written by leading Danish urban historians. Many articles provide an overview of urbanisation in both the Kingdom of Denmark and the Duchy of Schleswig, while the other articles focus on economic and cultural urban functions. 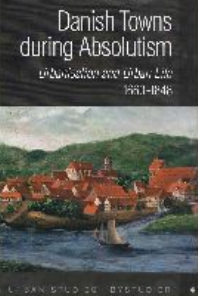