Publications Writings on Danish Urban History The History of Ribe 3

The History of Ribe 3

Ribe is the oldest town of Denmark and in 2010 it celebrated its 1300th anniversary. Among other things the anniversary was marked with the release of a book in three volumes which explores the history of the town.

The third volume explores the history of Ribe from 1850 until today. The inhabitants of the town hoped, under the rule of the people, to break out of the negative developments of the former centuries and experience growth in craft and industry such as other provincial towns had already seen. The loss of the Duchies of Schleswig, Holstein and Saxen-Lauenburg in the aftermath of the Second Schleswig War in 1864 caused Ribe to lose its southern hinterland and in the north the competition from the new seaport, Esbjerg, began to emerge. Esbjerg grew from almost nothing in 1868 to a market town in 1899 with more than 12.000 inhabitants.

However, Ribe remained an important administrative center. Here the county governor and bishop lived and with the traditional cathedral school, these institutions attracted well-educated people to the town.

The volume also deals with the new democracy, councils and institutions, urban life and culture, watchmen, political and economic changes and many other topics.

"A thorough and detailed piece of urban history with a well-written story worthy of the historic city." (Historie-Online.dk). 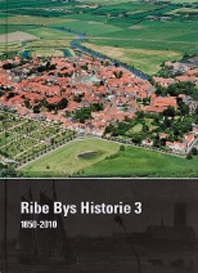