Publications Writings on Danish Urban History Århus in the World

Århus in the World

The largest cities of today are in close competition for jobs and investments. This also applies to the smallest metropolis in the world, Århus. Decisions in remote parts of the world are presented as problems and challenges for the municipality, companies and colleges of the city. Decision-makers must invent new strategies for the future and discuss the identity of Århus.

The globalization has exerted pressure on Århus which is why the city must be sold as a 'brand'. But what is new and what has been seen before? Is the world outisde a threat or an enrichment? Has Aarhus not always aimed at plans for the furtue, which is why the city has grown, because of its ability to expand its place in the world? The book Århus i Verden (Århus in the World) explores these questions.

Århus i Verden (Århus in the World)

Aarhus University Press and The Faculty of Humanity at Aarhus Unviersity, 2006 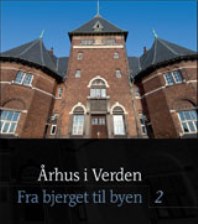