Publications Writings on Danish Urban History The History of Ribe 1

The History of Ribe 1

Ribe is the oldest town of Denmark and in 2010 it celebrated its 1300th anniversary. Among other things, the anniversary was marked with the release of a book in three volumes, which explores the history of the town.

The first volume explores the transformation of Ribe from a small market place at Ribe Å in the 700s, where traders, slaves and craftsmen lived, to a thriving cathedral town with ox trade in the 16th century, where the town was one of the largest and most important towns in the country and the king's allied. Historians and archaeologists from Ribe and historical institutions from all over the country have contributed with chapters. The first volume is structured in the same way as the following two volumes and it provides a thematic division, which allows the reader to gain a historical overview of the town.

"The publication of The History of Ribe is a beautiful highlight of the 13th anniversary of Denmark's oldest town, and if the authors keep the same quality, there is good reason to look forward to the upcoming volumes." (Historie-Online.dk) 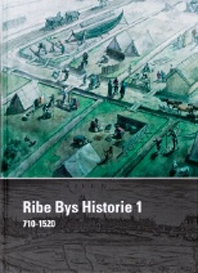