The Cultural History of the Guesthouse

They were a particular way of living and eating, and they could be found in most Danish cities. Some were only for men, others only for women. Some included all kinds of people, some were exclusive.

Pensionatets kulturhistorie. Fællesskab, flirt og frikadeller (The Cultural History of the Guesthouse) sheds light on an overlooked an very special way of living and eating, which emerged in the middle of the 19th century and prospered until World War II. Some of the guesthouses were run as large-scale business, others by a housewife who had dedicated her life to providing meals to hungry souls in the city. Regardless of size, the guesthouses constituted a crucial place for many Danes who moved from the countryside to the city in order to work, study og try their luck. 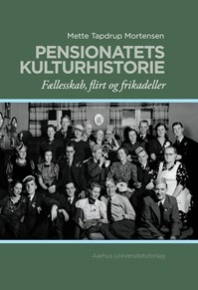