Urban development was marked by a huge growth from the middle of the 19th century to the middle of the 20th century. The growth was primarily concentrated in the existing cities with the capital city of Copenhagen being the clear number one. At the beginning of the period the location of cities on the coastline clearly indicated that the cities were part of networks that extended over the sea, but at the same time it was a common precondition for the vast majority of cities that they must depend on the primary (and secondary) trades in their surrounding area.

New towns developed in the countryside from around 1890 and until the first decades of the 20th century; to a large extent they functioned as local service centres with close bonds to the agricultural sector and were placed in proper distance from the old cities and each other. It is therefore obvious that these new towns filled the geographical "gaps" of the existing urban system, while at the same time they formed a secondary level of cities to supply the old market town. The special (and late) industrialization of Denmark, that primarily took place in the old market towns, is regarded as a likely explanation for the very decentralized urban structure with a solid group of large market towns and numerous small urban settlements in the countryside, few of which grew into larger cities.

"Urban history, urban planning and contemporary analysis are woven into an interdisciplinary mosaic in the anthology"

"We get a quick introduction to a wide range of topics, but we are constantly reminded that the basic theme is urban development in Denmark. Despite its origins in the academic world, most articles a readily available." (Historie-Online.dk)

Den moderne by (The Modern Town) 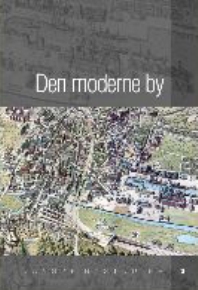