The majority of Danish market towns were founded in the early Middle Ages, but a more firm system of specified trading rights in regard to the buying of peasant surplus production came into being from the early 15th century. There were two main reasons for this. The decline of the Scania fairs meant a restructuring of the towns of Zealand, Lolland, Falster and South Funen and created a need to specify the trading rights of the sailing peasants and foreign merchants. For that reason the most attention was put to general laws and not to the rights of individual towns, except of for instance Elsinore and a number of Funen towns.

In Jutland, the expanding oxen trade was a more important factor. The expansion of the leading towns of this trade, Ribe and Aalborg, benefited from favourable trading rights both in their region and all over the peninsula. In the case of Aalborg, this town’s supremacy in the herring fishery was even more important as a driving force behind the town’s solid legal position. This situation drove the other towns into applying for similar rights and in the first half of the 16th century most of Jutland was covered by circumferences, each regulating the trade between the town and the peasants in question. The nobility managed to keep a legal freedom to trade anywhere they liked.

"Overall Søren Bitsch Christensen and Danish Centre for Urban History have once again - in collaboration with the authors - produced an interesting and well-written contribution to the history of the Danish towns. The Classic Danish Town promises well." (Historie-Online). 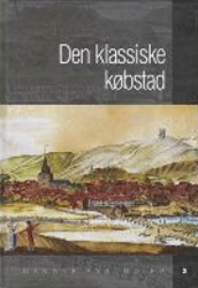